Can Work-Induced Stress Give Rise to a Workers' Compensation Claim? 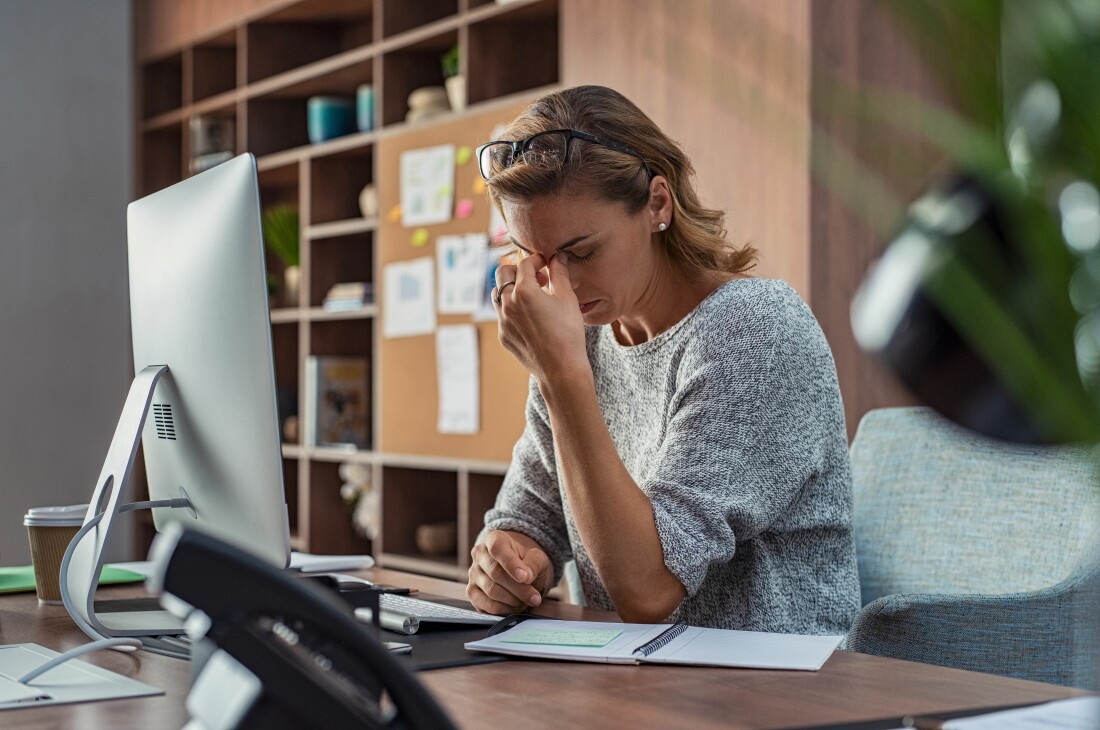 The end of this article presents a trivia question. See the correct answer in the drop down at the bottom of the page.

Work can be stressful for many different reasons. Common stressors include a difficult boss, an unpleasant co-worker, and excessive workloads. A 2018 survey of approximately 2,000 professionals revealed that 76 percent of participants reported that stress at work had a negative impact on their personal lives. Of those surveyed, 65 percent reported losing sleep due to workplace stress, and 16 percent reported quitting a job due to stress.

While stress is something we all deal with on a daily basis, under what circumstances could employment-induced stress give rise to a compensable workers’ compensation claim? A recent case in Washington State dealt with this precise issue. See Cook-Crist v. Department of Labor & Industries, No. 81325-1-I (Wash. Ct. App. June 1, 2021, unpublished).

In Cook, the claimant reported that a coworker routinely screamed, used profanity, and lashed out at her without provocation. She further alleged that her coworker stomped around the office and slammed doors.

The claimant attempted to resolve the issue directly with the co-worker and also sought assistance from a supervisor, to no avail. She reported feeling “trapped,” “very upset nearly all the time,” as though she was in a constant state of “fight or flight,” and that her ability to function was deteriorating. As a result, she sought medical treatment and her doctor placed her on medical leave. Just two days later, the claimant’s employer terminated her employment.

The claimant then sought workers’ compensation benefits, alleging that she suffered from depression with anxiety and obsessive compulsive disorder as a result of “work conditions/environment that included repeated exposure to psychological abuse due to continual workplace violence.”

The claim was initially denied by the Washington Department of Labor and Industries on the basis that the condition was neither the result of an industrial injury, nor was it an occupational disease. The claimant appealed the decision to the review board, where she presented evidence from both her therapist and psychologist indicating that workplace stress caused a “disabling worsening” of her obsessive compulsive disorder and her stress-related disorder. Two additional doctors testified at the hearing that the alleged workplace trauma contributed to psychological and physiological changes in claimant’s brain function. Notwithstanding, the review board upheld the labor department’s denial of benefits, asserting that the claimant’s condition was excluded from workers’ compensation coverage.

The claimant appealed the case to the Washington Court of Appeals. The Court held that, under Washington law, “claims based on mental conditions or mental disabilities caused by stress do not fall within the definition of an occupational disease.” The Court noted that a mental condition may qualify as an industrial injury “if the condition resulted from a sudden, tangible, and traumatic event.” Working with the foregoing standard, the Court held that claimant’s claim of workplace stress was expressly excluded from occupational disease coverage. Further, because the alleged injury arose based on a series of events and not a single traumatic event, the condition was not compensable as an industrial injury. As a result, the Court upheld the decision to deny claimant workers’ compensation benefits.

The Law in Michigan

We recently authored an article on work-related suicide claims. In that article, which can be found here, we discuss the legal standard applied in psychological injury cases. The same standard is relevant here.

(1) the plaintiff’s mental disability resulted from actual events of employment,

(2) the workers’ perception of the events is not unfounded and is grounded in reality, and

(3) the work contributed to the mental disability in a significant manner.

See Robertson v DaimlerChrysler Corp, 465 Mich 732 (2002). When determining if the work contributed to a mental disability in a significant manner, the magistrate is required to compare the employment and non-employment factors and weigh the respective contribution to the claimant’s general mental health. See Gardner v Van Buren Pub Sch, 445 Mich 23 (1994).

Given the foregoing standard, how do you anticipate the Cook case would have turned out if it arose in Michigan?

Recall that in denying benefits to the claimant, the Washington Court of Appeals relied on the fact that under Washington law:

(2) mental health conditions may only qualify as an industrial injury if they result from a “sudden, tangible, and traumatic event.”

Conversely, Michigan law would require the claimant in the Cook case to prove she suffered a mental disability from actual events of employment. She must also prove that her perception of those actual events was not unfounded and was grounded in reality. Finally, she will have to prove that the work incident(s) contributed to her mental health disability in a significant manner when compared to any avocational stressors or conditions.

Here is what we know:

Trivia Question: How do you think this case would be decided in Michigan?

Answer: If the Cook case were to arise in Michigan, it is very likely it would be deemed compensable.

Here, the facts suggest that the verbal abuse occurred on the employer's premises and during business hours. Thus, the claimant should easily satisfy the requirement that the alleged injury occurred in the course of employment.

Did the psychological injury also arise out of the employment? Based on what we know, yes. The claimant was repetitively subjected to verbal abuse while performing her work duties. The abuse was presumably related to the claimant’s employment and went uncorrected despite being reported to her supervisor.

However, a different result may arise if facts were presented that the abusive behavior stemmed from a personal conflict unrelated to employment. For instance, if the abusive co-worker was a spurned lover and was abusive to the claimant because of their personal relationship, it is unlikely a magistrate would find that the claimant's injury arose out of employment. See Thomas v Ferguson Enters, Inc, 2008 ACO #12.

The facts of the Cook case suggest that the alleged abusive behavior occurred at work and was related directly thereto. Thus, the claimant should be able to prove the alleged injury arose out of and in the course of her employment.

Now that we have determined that the claimant's injury both arose out of and in the course of her employment, we can move on to applying the Michigan test for mental/psychological injuries. The claimant must establish that she developed a work-related mental disability as defined in MCL 418.301(2) and MCL 418.401(2)(b). Those statutory provisions are nearly identical and provide that a mental disability is compensable when:

(1) the plaintiff’s mental disability resulted from actual events of employment,

(2) the workers’ perception of the events is not unfounded and is grounded in reality, and

(3) the work contributed to the mental disability in a significant manner.

The claimant should have no issue establishing part one. She testified that her co-worker routinely screamed at her, used profanity, and lashed out without provocation. There was no evidence to suggest that the events did not actually occur or were fabricated by the claimant.

In Wolf, the Michigan Court of Appeals upheld an award of benefits where a supervisor alleged disability due to depression caused by stress and pressure at work. The supervisor further claimed that he was humiliated by the behavior of certain co-workers and that production standards were stressful. Here, the repeated screaming and intimidating behavior of the claimant's co-worker sounds like behavior that would reasonably result in stress and humiliation. Further, the claimant provided medical evidence that the behavior in fact resulted in an inability to perform her work functions due to psychiatric disability. The claimant should therefore satisfy part two of the test.

Finally, the claimant must establish that the work events contributed to her mental disability in a significant manner. The significant manner test requires the claimant to show that the contribution to the psychiatric disability by the work events was significant in comparison to non-work-related factors. Here, we have very little information relative to the claimant's mental health outside of her employment. The claimant alleged she suffered from depression with anxiety and obsessive compulsive disorder as a result of “work conditions/environment that included repeated exposure to psychological abuse due to continual workplace violence.”

In the end, it is very likely this case would be deemed compensable in Michigan. A key distinction which results in the disparate outcomes is the fact that Washington law requires a mental condition to have resulted from a "sudden, tangible, and traumatic event." In Michigan, no such singular event is required. Mental/psychiatric disabilities may result from a singular event or from repeated exposure to abusive or stress inducing behavior.

Please reach out to our team if you have any questions about a stress-related workers' compensation claim, as each case can be very fact intensive. As always, we are here to help and have extensive experience handling a wide array of complex matters.